Memorial Candle Tribute From
Anderson's Tribute Center
"We are honored to provide this Book of Memories to the family."
View full message >>>
In Memory of
Melvin W.
Kenworthy
1919 - 2008
Menu
Send Flowers 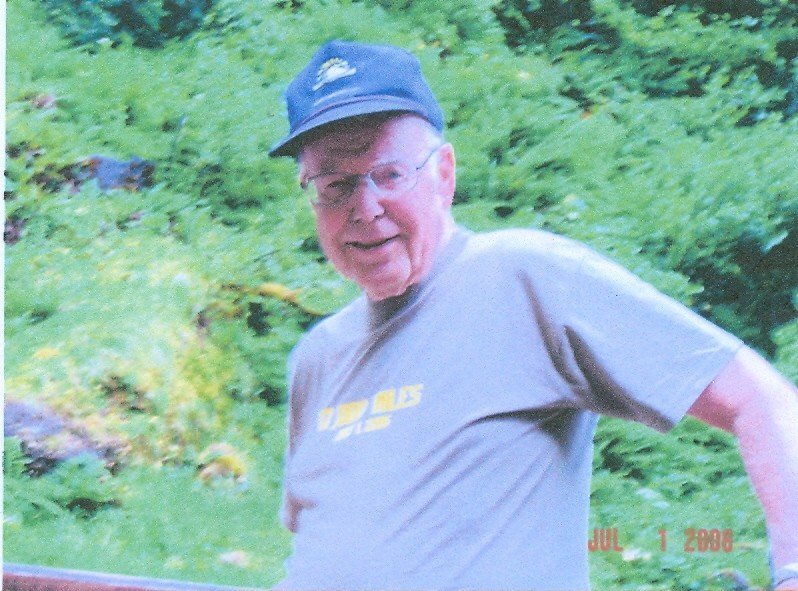 Memorial service will be held on Wednesday, May 21, 2008 at Asbury United Methodist Church in Hood River, Oregon.

When a young boy, Melvin accepted the Lord Jesus Christ as his Savior and was a member of Reedwood Friends Church (formerly First Friends) in Portland where he later served as Recording Clerk. During World War II from 1942 to 1946 Melvin registered as a conscientious objector in alternate service working out of Cascade Locks and Elkton, Oregon and then in Glendora, California. He worked for many years as a Receiving Clerk at Montgomery Ward. Melvin always enjoyed writing and composing poetry as well as constructing crossword puzzles. In fact, while in high school, he prepared crossword puzzles in Spanish for the Spanish Club. He constructed crossword puzzles for The Oregonian for nineteen years and The New York Times for five years. In June 1960, he married June Dinkeldein and they had forty-two happy years of marriage prior to June’s death in July 2002. Another favorite hobby has always been hiking. After doing some hiking he decided in 19487 to keep track of his mileage and last July he completed 17,000 miles including the Pacific Crest Trail from Canada to California. Because of his love for hiking in the Mt. Hood area, he and June moved to Hood River in 1990 where he made many friends and had been active in the Asbury Methodist Church, sometimes preparing the opening prayer for the worship service. His friends there have been a vital part of his life. Melvin published two books, “Footprints in High Places” about hiking experiences and “Eastward in Eden” composed of some of his favorite poems and articles. Melvin had volunteered at Lost Lake and the Vista House. He was a member of Willamette Writers and the Portland Christian Writers Association.

An appropriate closing would be one of Mel’s favorite poems by Edgar Guest to us;

I know no word more fitting to address you-
No song, no poem I’ve ever heard
Is sweeter than just “God Bless You!”
In these three little words may you find
All the joy the whole, wide world possesses;
For there can truly by no joy
Unless indeed, God Blesses.

I might wish you wealth or wish you health,
Or that good fortune might caress you.
But wealth might bring sorrow,
Or even health fail tomorrow;
So I Simply say, “God Bless You.”